Thanks to Working Class Creative for Our Awesome New Sign.

We have a new hand-lettered sign thanks to Working Class Creative. Click on the photo to see more of their stuff, or get in touch with them at workingclasscreative@gmail.com.

I finally cracked. Look at this idiot. 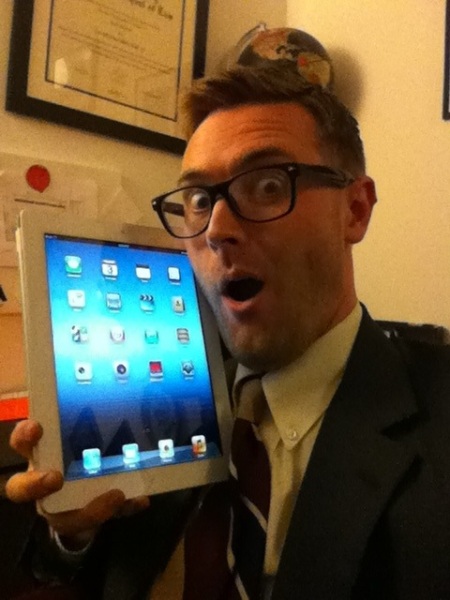 Written on my iWhatever.*

*The obligatory signature of all Apple users. What a-holes.

Branding: Should Lawyers Always Wear A Suit to the Office?

"Marty, I always wear a suit to the office."

The year was 2008. I had just taken a job working for a guy James in suburban Pennsylvania. It was my first lawyer job. Before that, I had clerked for AnapolSchwartz, a firm regarded by many (including me) to be one of the best personal injury law firms in the country.

Now here I was working for a small neighborhood firm in suburban Philadelphia.

At first, every day I showed up dressed to the nines – a fresh suit, a tie, and a pressed white dress shirt. I was a big time Philly city lawyer who was going to show them how it was done. I was surprised to find that James wasn’t impressed. James never wore a suit to the office. For him, it was always khakis, a polo, or a button up shirt. No tie.

One day I dropped by his office and asked him about why he never wore a suit: