You Want Some Advice, Law School Scam Bloggers? Get Off The Couch. It’s That Easy. 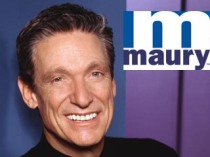 Maury is great. But he has no jobs for you.

Alright, I’ve heard. There are too many lawyers and not enough jobs. Law schools painted a rosy picture about how much money first year lawyers make and how easy employment is to find. And apparently law students were dumb enough to rely solely on their law schools when deciding whether it is a good idea to borrow hundreds of thousands of dollars and hand it over to them. Adding insult to injury, the young lawyers were left completely unprepared to practice law even after getting that fancy legal education, because most law professors have never practiced a day in their lives and are in no position to teach anyone else how to.

Keith Lee over at Associate’s Mind said this:

If new lawyers cannot solve the problem of their own millennial malaise, how do they ever expect clients to trust them with their problems?

Of course, Keith’s post made a few millenials sad. MA (who?) was offended, and thought Keith try and help out, rather than, um, tell them the truth:

So the lucky few like Mr. Lee should try to offer real solutions to graduates. How did you find your job, Mr. Lee? How might your experience help others?

The year was 2010. I got a call from a girl I used to clerk with while working at AnapolSchwartz who just finished law school. At the time, I was working as an associate at a small firm in suburban Pennsylvania as an associate.

“Hey Jordan, it’s Lynda. You remember me from Anapol, right? Do you think we could talk? Listen, the market is brutal out there and I can’t find anything. Do you think I could come in and work in your office? I’ll do it for free. I just need something to do while I look for a job. I’ve called pretty much everyone I know.” She had just graduated from a T2 law school and had slightly above average grades.

I went to my boss and asked if that would be okay. Me and my boss agreed we could use some help, but it wouldn’t be fair to make her work for free, so we decided to pay her $15 an hour on a part time basis and then increase it if she proved to be valuable. Lynda didn’t have an office – just a small desk with a computer on it. It was the only space we had available.

Lynda proved to be a capable attorney and a valuable asset. She was loved equally by the attorneys at the office and by the staff. Soon she was working close to 40 hours a week, but we all knew she was looking for a “real” job that would provide health benefits and a salary big enough to repay the student loans. We bumped her pay to $20 an hour, and were hoping to be able to hire her as a full time associate at some point. Lynda never once complained about the situation, and sponged up every opportunity to learn stuff – “I’ld love to watch the trial, even if you guys don’t pay me. Can I just watch the deposition? I know the client won’t pay for that, but I’d love to see it.” (we always just paid her anyway).

After about three or four months working with us, she came into my office and told me great news: she was interviewing for a temporary position to clerk for a federal judge. Since the judge was retiring, the position was temporary, and he was was willing to overlook the fact she didn’t graduate at the top of her class. Lynda asked if me and my boss could write her letters of recommendation, which we gladly did. She got the clerkship because some of her experience working with us was similar to the cases the judge was overseeing.

While Lynda was clerking, we stayed close. She remained a constant sounding board of mine to bounce ideas off of.

Once it became evident that the federal clerkship was going to end, Lynda started looking for another job. As luck would have it, one of our secretaries left my firm and had taken a position with prestigious a mid-sized firm. The secretary knew the firm was looking for an associate and recommended Lynda. Me and my boss also wrote Lynda glowing letters of recommendation, and lo and behold, she got hired at the firm. She is still there today.

Lynda could have sat around and complained about being unemployed, underemployed, or written a scam blog. She could have sat on the couch, hoping that opportunity would fall into her lap. But she didn’t. She turned over every nook and cranny, and took advantage of every opportunity that came her way. Making $15 an hour in a small law firm without an office isn’t exactly glamorous. But she turned it into a federal clerkship and then a full time law gig. Now Lynda has the type of job all the scam bloggers feel they are entitled to.

Was she lucky? Did she fall into it?

I know this is painful for you to hear, but she pulled herself up by the bootstraps. It took time, effort, and hard work.

The point? If you want to make things happen, get off the couch. It’s that easy.

You’re a lawyer, figure it out.

This entry was posted on Wednesday, April 24th, 2013 at 11:26 PM and is filed under Law School, Law School Scam, Young Lawyers. You can follow any responses to this entry through the RSS 2.0 feed. You can leave a response, or trackback from your own site.

18 Responses to You Want Some Advice, Law School Scam Bloggers? Get Off The Couch. It’s That Easy.