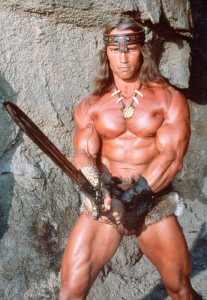 I’ve been too busy with real work to blog lately, but I feel like taking a break and publishing some thoughts…

Before I started my own firm, I was considering leaving the law in general to pursue a career in real estate. Law was getting so boring… was the light red, or was the light green? Was the person speeding? Are the medical bills reasonable and necessary? Do you think the court actually bothered to read my brief? Probably not, but I can’t blame them. The brief was meaningless anyway, and mostly copy / pasted from my last one. I’ll shut up and go bill some hours.

But as fortune would have it, I had the pleasure of meeting Marc Randazza, First Amendment badass and author of a blog called The Legal Satyricon. I’ve never seen someone use humor, knowledge, and skill in such an effective way. Marc is a guy who writes with passion and inspiration.

For instance, consider a personal injury case: “On May 18, 2011, the Plaintiff became injured due to the aforesaid negligence of the Defendant, Michael Smith, who was operating a motor vehicle at an unsafe speed while intoxicated. As a result, Mr. Jones sustained permanent injuries, which include, but are not limited to, a broken back confining him to a wheelchair.”

Instead try “Michael Smith was drunkenly driving his BMW home from a nightclub at about 70 miles per hour when it spun out of control and smashed headfirst into Joe Jones. Mr. Jones is now confined to a wheelchair, where his doctor says he will remain for life. Mr. Jones has over $87,000 in medical bills, and chances are he will never walk again. However, Mr. Smith saved $7.75 in cab fare.”

If you’re going to do something, anything, make it awesome. From start to finish. Don’t just do a “good enough” job.

Find some passion, get inspired, and then go destroy the opposition. Don’t be afraid to do things a little differently, or to be bold. There is nothing better than coming back from court with a few heads on a pike. Or to crush your enemies, see them driven before you, and to hear the lamentation of their women.

This entry was posted on Saturday, July 28th, 2012 at 2:23 PM and is filed under The Practice, Young Lawyers. You can follow any responses to this entry through the RSS 2.0 feed. You can leave a response, or trackback from your own site.

One Response to Inspiration