Maybe Cohen was sick that day in third grade when the teacher, Mrs. Crabtree, mentioned it. That happens, but it’s a good reason not to write about it. The “it” is the Constitution.  The “it” is the foundation of our government.  The “it” is not subject to individual approval or “common sense” revisionism.  In other words, columnists for the Washington Post who go on radio to talk about crap they know nothing about do not get to opine that the application of the Constitution to the government is subject to either their approval or their imaginings of common sense.

Of course order and security would be enhanced if the people had no rights and the government was all powerful. This isn’t exactly higher order thinking.  But Cohen, when that bunch of dry good merchants decided to form a better union, they made some choices to guide how that government would function going forward.  No one told you?  Sorry, but it’s all over the internet.

The United States Constitution, Fourth Amendment, establishes a value judgment upon which this nation was formed.  It provides that police cannot stop and frisk people at will. Done deal. This is not subject to either popular approval or your severely limited grasp and equivocation.

And yet the Constitution says they can’t.

It sucks? It’s not your cup of tea, Cohen?  There’s always Singapore. I hear it’s lovely this time of year.  They have no Fourth Amendment prohibiting the government from flexing its muscles at will to prevent the potential of crime by allowing people to be free from baseless searches.  Sure, apartments are hard to find, but isn’t it worth it to feel safe?

I love this guy.

The only commentary I can add are the words of others wiser than I:

They who can give up essential liberty to obtain a little temporary safety, deserve neither liberty nor safety. – B. Franklin

The right of the people to be secure in their persons, houses, papers, and effects, against unreasonable searches and seizures, shall not be violated, and no Warrants shall issue, but upon probable cause, supported by Oath or affirmation, and particularly describing the place to be searched, and the persons or things to be seized. – U.S. Const., Amend. IV.

The people shall be secure in their persons, houses, papers and possessions from unreasonable searches and seizures, and no warrant to search any place or seize any person or things shall issue without describing them as nearly as may be, nor without probable case, supported by oath or affirmation subscribed to by the affiant. – Pa. Const., Article I, § 8.

Now, forgive me while I bang my head against my desk and try to forget that NPR broadcast. 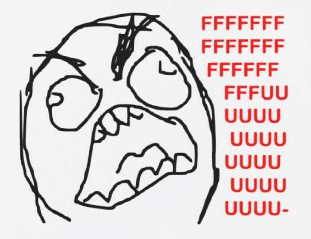 This entry was posted on Thursday, May 17th, 2012 at 10:25 AM and is filed under Civil Rights, Criminal Law, Law, Philadelphia, Philly Law, Uncatagorized, Young Lawyers. You can follow any responses to this entry through the RSS 2.0 feed. You can leave a response, or trackback from your own site.