Social Media for Lawyers is Kind of a Waste 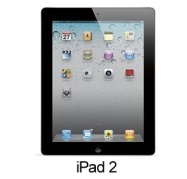 This is not what makes lawyers good at what they do

The year was 2008. I had just graduated from a good law school (Temple) and finished a clerkship for a prestigious firm downtown. I had read online about how to get clients, and therefore, I knew everything there is to know about building a practice and how to be a lawyer. I was going to be a rainmaker!

Or so I thought.

I had just secured my first full time legal job working for a small firm in a Philly suburb. One of my bosses was a guy named “James”. James was not the warm and fuzzy type, but he was a good person. James was a man of few words, but he said what he meant. If James said he was going to file a motion, he would file a motion. If James said he was going to get a judge involved, he meant it. James often started his day at 7:30am and ended it well after 8:30pm. In that time, James managed to return all his phone calls and respond to emails.  James never spoke out of turn or faked what he didn’t know.  Because of that, James garnered a great deal of credibility with everyone.

James also had a busy practice with good clients. The practice of law had rewarded James for his effort and skill, as he now had many boats and vacation houses where he preferred to spend his time.

You wouldn’t know how good of a lawyer James was at first glance. James rarely wore a suit to the office or acted pompously. He never bragged about his abilities, either — he didn’t even have a website. Instead, James focused on lawyering.

At first glance, I thought James was a country bumpkin who should learn how it’s done by the big city lawyers. I had just graduated from a good law school and clerked for a prestigious downtown Philadelphia law firm. I was going to teach this guy how to generate clients and run a practice in the modern age, baby!

Yes, put differently, I was going to teach a lawyer with 20 years of experience, many jury trials, and a thriving law practice how to do his job.

How little did I know…

At some point, I approached James about ramping up his practice. We would need Twitter, Facebook, a website, a blog, and maybe a newsletter. Oh, and Apple products. Lots of Apple products. The more Apple products, the better. In fact, let’s just re-do the entire office in Apple.

What?! How could he not want to get “modern”? How can this guy expect to get clients without an iPad? Or at least an iPhone? How can we compete!? I just did a search on the internet, and only LOSERS aren’t harnessing the power of social media! Right?!

“I have enough business, thanks.”  Typical of James, to respond to something in with a few deliberate and thoughtful words.

James also had a point.  He had a lot of business, despite lacking an iPad. How did that happen? Was James just lucky?

A few years later, it dawned on me. It’s because James is an excellent lawyer. He focused his time and energy into becoming good at what he does, and other people recognized him for it. He didn’t focus his time on gadgets and toys.

James did a good job for his clients, who continued to come to him for legal advice and referred him work. Judges grew to respect his abilities, and knew that when he said something in court, it was true. Opposing counsel knew James was a man of his word, and that he should not be taken lightly. Clients knew their matter was being handled in the best way it could be.

His practice continues to flourish.

This entry was posted on Monday, January 16th, 2012 at 12:11 PM and is filed under Uncatagorized. You can follow any responses to this entry through the RSS 2.0 feed. You can leave a response, or trackback from your own site.